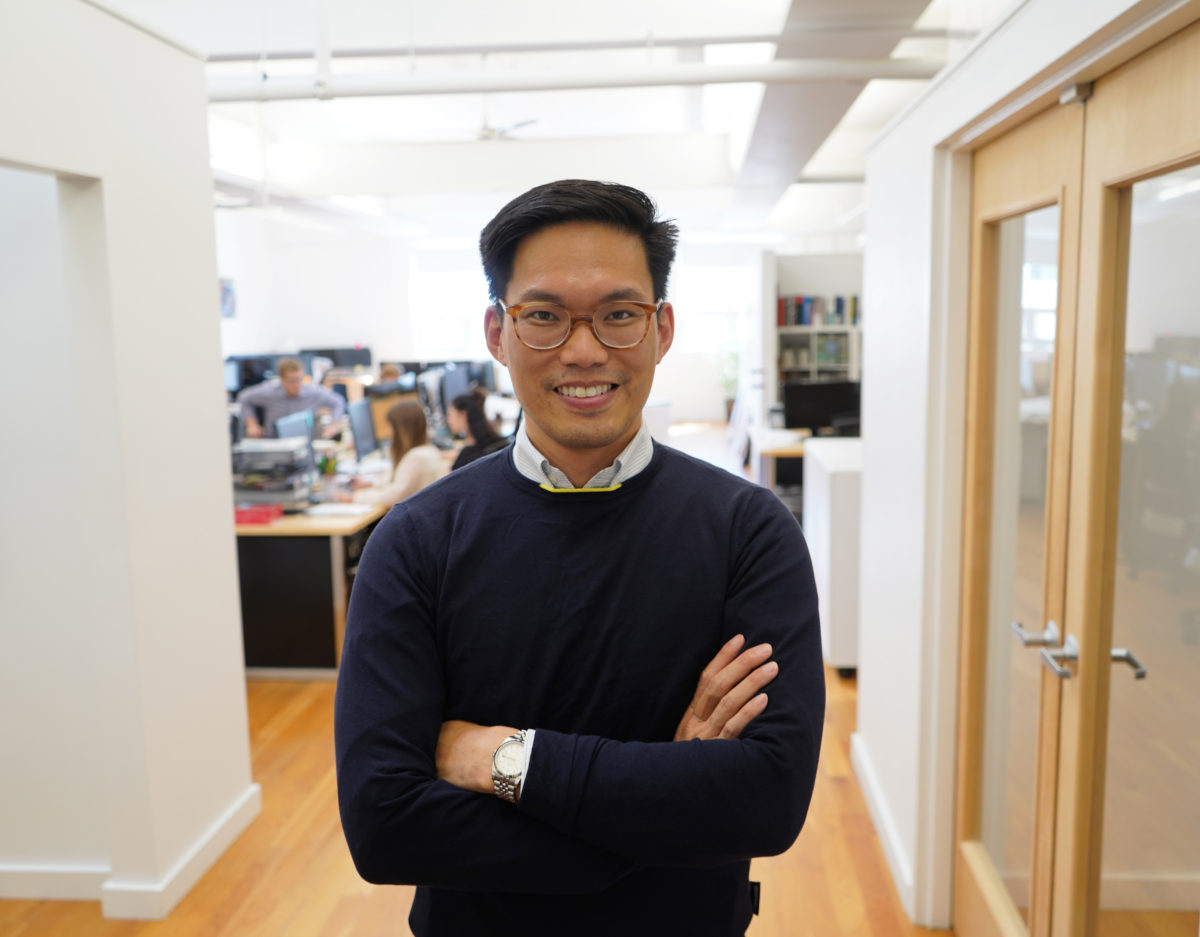 We are excited to announce that Mikyoung Kim Design has promoted Bryan Chou to Associate Principal. As MYKD’s Design Leader, Bryan has continued to expand and evolve the firm’s research-based design process, which merges the science and art of landscape architecture through material innovation and human-centered design.

Over the past decade with MYKD, Bryan has led the design of many important projects abroad and here in the US — including the plaza at Boston’s Prudential Center— resulting in numerous awards, including the ASLA Honor award.  He continues this groundbreaking work on current assignments such as master planning and landscape design for the 350-acre Tanja Waterfront in Morocco and the 37-acre Texas Medical Center in Houston.

As he continues on as Design Leader and in his new capacity as Associate Principal, Bryan has a clear vision for design’s important role in our communities. “I’ve always been interested in design innovation as a path towards a more equitable and culturally rich world.  We are at a time in society when finding commonality is fleeting.  My hope is that we, as designers, can propel a new sense of culture through the creation of exceptional spaces.”

Bryan grew up in Seattle, Washington and received a Masters of Landscape Architecture from the Rhode Island School of Design, where he subsequently served as a guest critic. Additionally, he has taught at the Harvard Graduate School of Design. An active member of the local and national design community, Bryan has served as a jury member for the ASLA Boston Chapter and the Philadelphia Airport Image Maker Competition, as well as spoken at industry events and conferences, including for the ASLA and Cooper Hewitt, Smithsonian. He is currently serving as a member of the 2018-19 Urban Land Institute (ULI) Pathways to Inclusion Cohort.