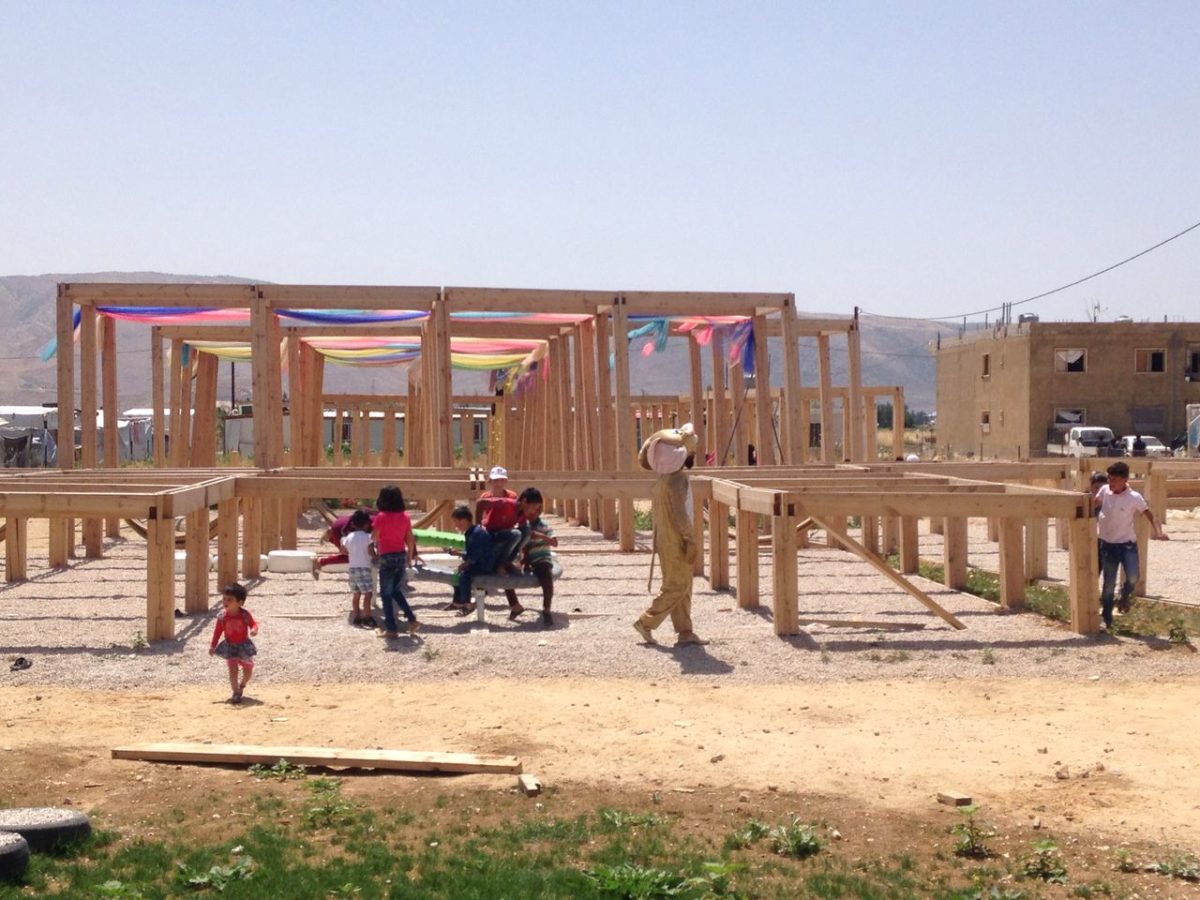 Mikyoung Kim Design’s Mariya Lupandina served on a committee – the Global Design Initiative for Refugee Children (GDIRC) – to help children affected by the refugee crisis. The following is a recap describing her experience.

What unique service can architects and landscape architects provide to refugees escaping conflict?  The Global Design Initiative for Refugee Children (GDIRC) intends to answer this question. The committee was formed by members of the Boston Society of Architects in 2016 in response to the Syrian Refugee Crisis with the goal of filling the gaps left by humanitarian aid. This mission evolved into designing safe, communal spaces for refugee families and children living in temporary encampments.

The global refugee crisis hurts so many people, but it leaves children the most vulnerable. Tragically, the United Nations High Commissioner for Refugees has attests that the Syrian Refugee Crisis is “a loss of a generation” for the country. More than three million Syrian children under the age of six have been traumatized by war, and humanitarian aid does not always adequately address their unique social needs beyond food, water and medical care. To address these needs, the GDIRC supports the co-creation of places to play, socialize, and learn. Through their efforts, the group aims to reduce stress and strengthen the the affected refugee communities’ social resiliency.

Camp relocation to a nearby site within Bekaa Valley

A Moveable Playground for a Young Lives in Flux

Through design charrettes held in the Spring of 2017 with academics, students, and design professionals in Beirut and Boston – and in partnership with the Karam Foundation and the civil society group SAWA for Development and Aid – the initiative designed a playground and public space in a refugee camp in Lebanon’s Bekaa Valley, near Bar Elias. A team of architects, led by Layal Merhi, in Beirut, produced the final design documentation. The design was then built in collaboration between SAWA employees, refugees hired by SAWA, and members of the GDIRC.

A design charrette brings together academics, students, and design professionals.

This playground consists of a modular wood frame structure that allows for the flexibility to attach play equipment, shade structures or makeshift enclosures, and to serve as a trellis for plants. The wood components come in three different heights to accommodate different programming and are assembled using a specially-designed joint that requires no nails or screws. This joint allows for the wood to be disassembled without damage and, then, to be re-used if the camp moves again. All wood components and other material were locally sourced and milled on-site in Lebanon. After a series of delays resulting from, among other things, a shortage of lumber and a mandate by the Lebanese Air Force to relocate the refugee camp, the playground was completed in the spring of 2018. Left: axonometric drawing of the module; right: children playing on the structure New Places to Play and Learn

Upon completing the Bar Elias playground, the committee was asked to design and build a playground for an elementary school for Syrian refugees run by the Kayany Foundation, after the Foundation’s leader happened to see the first project. This project began construction in July 2019.

Additionally, the committee expanded their scope by collaborating with Lena Park Community Development Corporation in Boston’s Dorchester neighborhood. The committee helped the community organization put together a proposal for a grant from Boston’s Community Preservation Fund to build a park on Blue Hill Avenue, across from Franklin Park. In March 2019, Lena Park was awarded the grant and plans to begin construction before the end of 2019.

Unfortunately, after a harsh and extremely rainy winter, the playground near Bar Elias needs repairs. The GDIRC launched a campaign to raise funds for the repairs through the Karam Foundation with the goal of raising $10,000. At present, we are 75% of the way there. If you would like to contribute to the completion of this effort, please visit the dedicated Karam Foundation web page to make a donation (https://www.karamfoundation.org/bsa-playground).